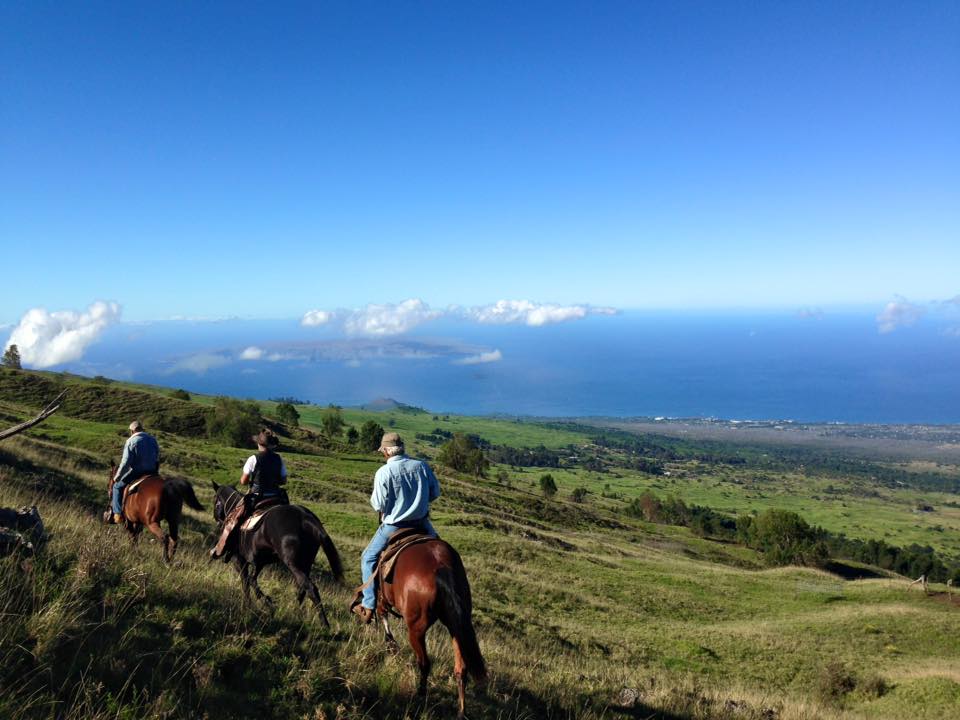 After acquiring the land, Jerry Thompson tried to keep up and maintain the ranch, but, facing an inheritance tax of over one million dollars, he decided to sell the ranch and remain with thirty acres. The ranch was purchased by a couple who established a Bed and Breakfast on the property and called it the Silver Cloud Ranch. Soon after, Oprah Winfrey developed an interest in the property as well as the Bed and Breakfast and offered to buy it from the new owners (with a little help from Allied International). Meanwhile, Jerry Thompson still owned the thirty acres and maintained the trail ride but was not able to make ends meet. Jerry was approached by a realtor, informing him of a wealthy buyer who was willing to offer quite a generous sum in exchange for the land. Jerry agreed to the deal and acquired a new piece of land where he built a home and re-established the Thompson Ranch on Polipoli Road. Oprah on the other hand did an extensive renovation of the twelve-bedroom Bed and Breakfast, and also built a new house behind the establishment

Thompson Ranch on Polipoli Road gives you the opportunity to enjoy the “big sky” of upcountry Maui while taking a delightful horse ride on the family-operated ranch. This fantastic adventure presents you with rare horseback access to fourteen hundred mountainous acres and an opportunity to enjoy the ride, slow down, and relax. There are a variety of activities you can indulge in, from easy to moderate, based on your level of horse riding.

Individuals or couples can join a few other people and embark on a group ride. The maximum number of people allowed in one group are two children and four to five adults. If you would prefer a private ride for your family, this can also be arranged. The minimum age of children allowed to embark on the horse bark rides is six years.

The horseback ride comprises two to two and a half hours of adventure all the way up to the mountain cabin and downhill using the same trail. There is a thirty-minute snack break at the cabin, and the ranch provides water, apple juice, and potato chips. Something worth noting is that individuals with back problems may find this activity a bit stressful due to the uneven steep terrain. The cost ranges from $100 to $150 per head depending on the size of the group.

Every year, the Thompsons host a ranch experience and horseback ride. Grazing sixty heads of cattle, about 1000 goats, turkeys, and chickens are the mainstays of the ranch, but the guided horseback rides are what the younger Thompson generation is passionate about due to their love for horsemanship. The experience is superior to the standard commercial horseback rides where you arrive by the busload. Instead, the Thompsons offer a more intimate approach to horseback riding where you are treated like family and feel quite at home. The setting of the ranch is reminiscent of a time that has long passed and takes you back to a century ago.